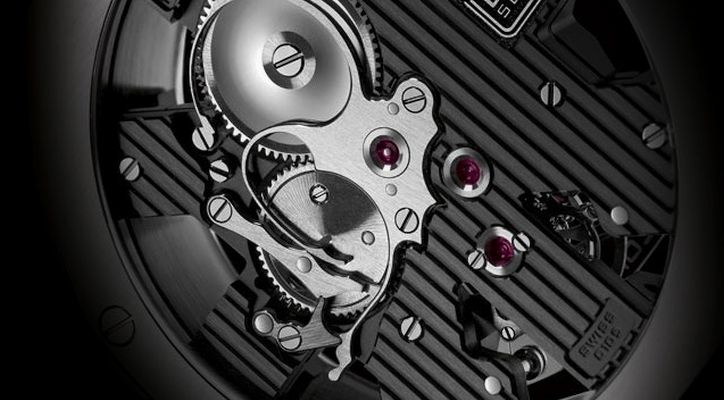 Officially unveiled during the Baselworld 2011 international trade show, the hand-wound Concord C1 BlackSpider LAB Series Tourbillon (ref. 0320143) features a tourbillon escapement that is visible through the skeletonized, arachnid-shaped baseplate of its hand-made movement. While its exterior design may not look as outrageous as that of the iconic Ulysse Nardin Freak Diavolo, I can see why Concord is so proud about their new creation: after all, creating something as complex as a tourbillon basically from scratch requires a great deal of technical prowess to begin with, and it is a whole another level of professionalism when you start to churn them out like hot pancakes.

Although there is nothing particularly groundbreaking about this watch from the point of view of pure mechanics (with its 2008 Tourbillon Gravity the brand successfully proved that it has nothing to prove in the field of Haute Horlogerie,) the new C1 BlackSpider LAB Series is a real head-turner when it comes to pure aesthetics. Featuring a deliberately high-tech exterior and reinforcing the controversial statement that skilled, but sometimes dirty hands of a craftsman have nothing to do in the modern “high horology” business, the watch bears an appeal of a modern high-performance car engine or, maybe, that of a fifth-generation fighter jet: it is cutting edge, baby!

As you can see, the baseplate of the in-house Caliber Concord C105 movement is shaped in such a way as to successfully arouse the feeling of arachnophobia in you with image of a spider that sits inside a “can” more than 13.5 millimeters deep, attached to it with the eight legs, ready to catch and kill a prey.

Still, nobody apparently wants your arachnophobia to develop to the point of plain hysteria, so, in order to protect the wearer from a poisonous bite of an imaginary arachnid, Concord sealed the case with a pair of sapphire crystals, both treated with anti-reflective coating for better legibility.

The one on top is 3.30 millimeters thick (you usually expect such a massive crystal on a semi-professional diving tool, but in this case it is, again, added only to reinforce the “industrial” aesthetics of the design) and the one at the back is not as thick, but is still secured by eight polished screws.

The movement itself is laconic both in its design and its decor.

Adorned with high-tech vertical stripes, it has a pair of cut-outs.

The one at 6 o’clock shows us the tourbillon and the one at 12 o’clock gives a view of the balance wheel that beats at a frequency of 21,600 vibrations per hour.

The complex mechanism must be expensive when it comes to service, so it is sort of disappointing that the huge titanium case gives you nothing more than 3 ATM of water resistance. Yes, I understand that a watch that costs more than an average Mercedes-Benz S-Class executive sedan is not supposed to be taken not only to a beach party but even into a shower, but I think I would still feel more secure if the mechanism was better protected from water: just in case, you know.

Limited to only 25 numbered pieces, the Concord C1 BlackSpider is going to be one of the most interesting “sporty” watches this year.