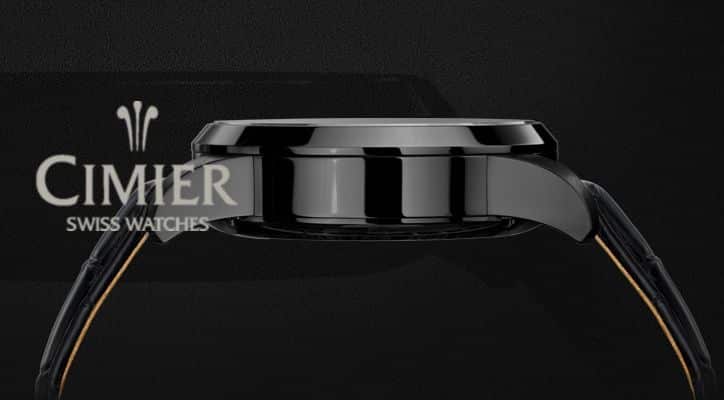 The limited-edition Cimier Bigmatic 16½ (ref. 6110-BP021) is powered by a legendary Unitas 6497-1 movement that you have probably never imagined in such a shape. Besides a serious redecoration, the good old caliber has also undergone an unusual modification. Initially designed in the 1950s as a hand-wound caliber, the mechanism was equipped with the brand’s own automatic winding system.

Although the movement was supposed to animate only pocket watches, it has finally become a movement of choice for the watchmakers that have oversized wristwatches in their product range. All of this comes thanks to its good reputation among the independent watchmakers, including niche-based dwarves that sell their timekeepers by hundreds at entry-level prices and much more established houses that can afford to extensively modify and decorate the historic calibers. 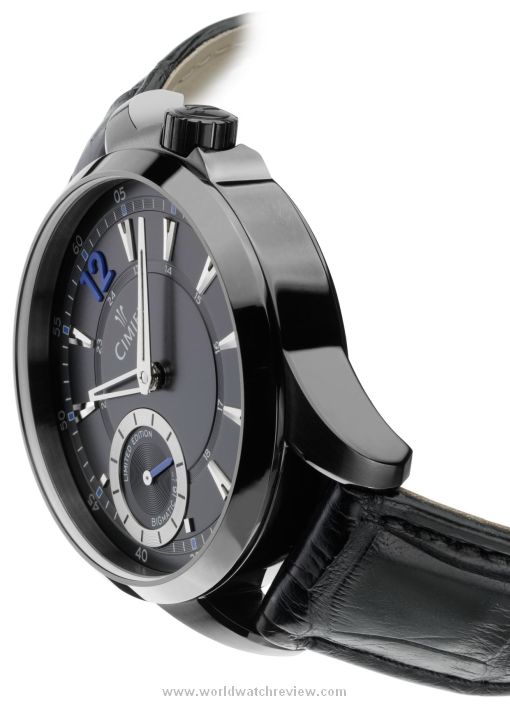 Often installed “as is” and sometimes heavily decorated and even gold-plated, the movement usually preserves its main hand-wound design. Well, in fact, I have never heard of a brand that would attempt to equip it with an alternative winding system.

However, for the new Cimier Bigmatic 16½ the caliber was thoroughly reworked by Cimier’s engineers and equipped with their in-house automatic winding module.

Frankly speaking, I see no practical reason for such a transformation now, when there are so many natural-born Swiss-made automatic movements that offer an almost perfect combination of high quality, impressive reliability, and uncompromised robustness. Well, maybe that was precisely the reason behind the modification: perhaps, Cimier simply wanted to equip their new timepiece, which is limited to only 200 pieces, with an absolutely unique movement: huge like a Tiger tank and robust like a Rolls-Royce oldtimer.

If you haven’t guessed that already, I can explain to you the secret behind the name of the new timekeeper.

Although today we tend to give you dimensions of calibers in millimeters, there still exists a centuries-old tradition to describe a caliber’s diameter in ‘lignes’: a non-metric unit of length that was in use in France before the Revolution. Each ligne roughly converts to 2.25 millimeters. The Unitas 6497-1 ebauche, for example, has a size of 16.5 lignes (or 16.5”’.) Hence the part of the name: “16½.” Presented in a relatively compact stainless black PVD steel case, the watch is only 43 millimeters in diameter and is just over 14 millimeters thick, which makes it a nice choice for those who want a watch with a sense of presence, but doesn’t want to wear something resembling a hockey puck with a fancy dial.

Speaking of the dial, I must admit that, despite its original layout, the face is one among the most legible jobs that I have recently seen.

The Matte black dial offers a perfect background for the satin-finished hour and minute hands, while the extra chapter ring in the inner part of the dial makes it easier to understand time in the military format. My only complaint here is the lack of luminous substance on the open-worked hands, which makes them unusable in darkness (or in an IMAX.) Otherwise, this is an interesting model and I can highly recommend it if the price is right for you.