MIDO has just presented its updated Baroncelli III Lady Chronometer (Ref. M010.208.16.053.20). Although some bloggers take MIDO’s recent press release too literally and call this new model the brand’s “first” entry into the world of ladies chronometer watches, it is not exactly so. Here’s why.

This is just another version of the original Baroncelli III Lady that was revealed earlier this year during the Baselworld 2011 show. However, being released in a 33 mm case of the same shape (but 6 mm smaller in diameter than the original,) the new watch has a number of styling differences that make it even more interesting than the first version that we have first seen about eight months ago. First of all, it is made of steel. While the rose gold of the first version looks more elegant and, well, grand, the model in steel is more affordable and, at this time of countless waves of the world crisis hitting our shores like one tsunami after another, doesn’t look as daring in the eyes of your coworkers struggling to pay their mortgages and car loans.

The second difference is, of course, its revised chapter ring with finely executed Roman numerals. Slightly larger than before, they look more in proportion to the dauphine-shaped hour and minute hands and allow dividing the dial in a more logical way.

Previously, the date window, which is placed at 3 o’clock, was positioned on the inner part of the dial, but now, thanks to a noticeable reduction in the size of the body, it is moved into a more classical position inside the chapter ring. 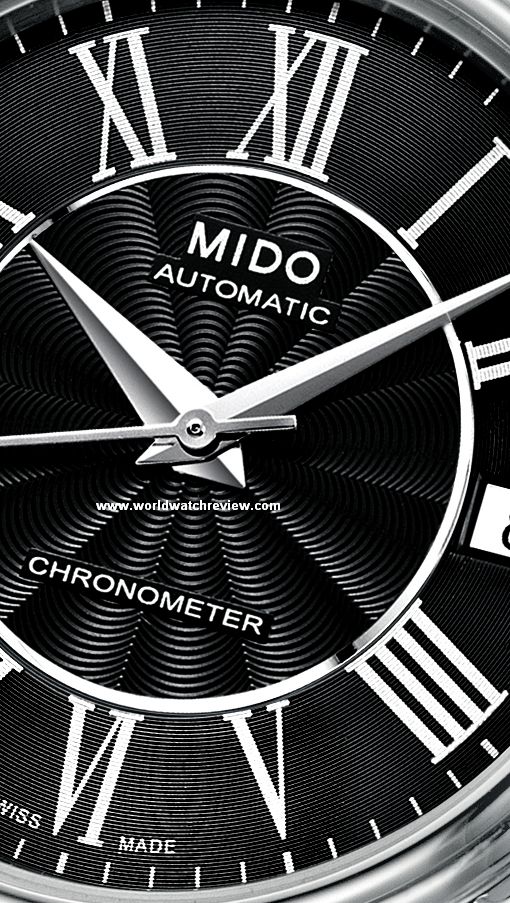 I guess MIDO’s designers were actually forced to do so in both cases, since the ETA 2836-2 self-winding ebauche that powers the model is almost 26 millimeters in diameter: the movement was too small for the 39 mm version, but seems to be an almost ideal “powerplant” for the new model with the latter’s tiny 33-millimeter body.

As you have gathered from the timekeeper’s name, this is a top-grade movement that was officially certified by the Swiss COSC authority as a real chronometer. There is still no info on recommended pricing, but I don’t think that the new MIDO Baroncelli III Lady Chronometer will be terribly expensive.