Previously known as the main sponsor and official timekeeper of the Volvo Ocean Race yacht race, IWC decided to up the ante and, back in May 2008, signed a three-year sponsorship agreement to become an Engineering Partner of the Mercedes AMG Petronas Formula One team. It was only a matter of time before a special-edition Ingenieur Racer automatic chronograph was officially announced. The French soccer player has once again partnered with IWC to offer the second “special edition” of the Ingenieur Edition Zinedine Zidane (Ref. IW500508) model, which is now limited to only 500 units. The Porsche Design Flat Six P’6310 Automatic is sporting a robust and precise Swiss-made caliber and is offered in Porsche’s signature black-and-orange color scheme, which is usually reserved for the creme-de-la-creme editions of their sports cars. Although a bit overpriced, it is still a nice choice for any die-hard fan of the German automotive brand. With its easy to read dial and impeccably finished surfaces, the new Porsche Design Flat Six P’6340 Automatic Chronograph sports an almost flawless design. Its only problem is that it takes only one quick glance to understand what kind of movement is beating inside its generously proportioned stainless steel case. The IWC Big Ingenieur Chronograph was first presented at the annual SIHH-2009 show that was held in Geneva, Switzerland. Although as cold and impartial as a man can be, I must confess however that this gorgeous timekeeper currently tops my list of IWC’s Most Wanted Watches being second only to the recently revealed Da Vinci Perpetual Calendar Digital Date-Month time-measuring device. 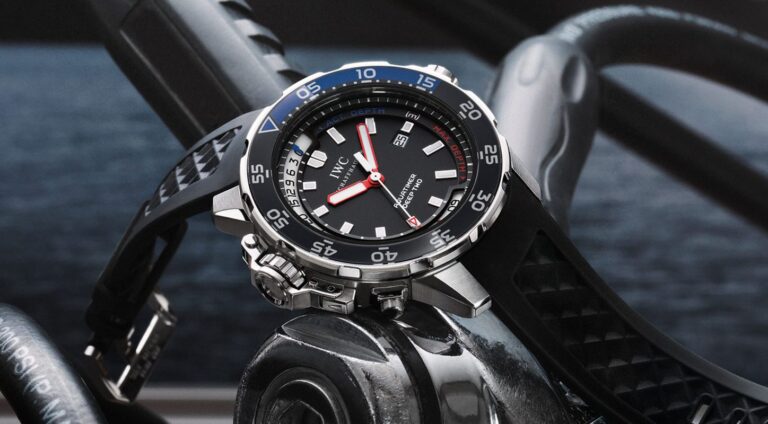 IWC will soon start selling its new flagship: the 2009 model year Aquatimer Deep Two (refs. IW354701 & IW354702) diving tool. Being a direct descendant of the now discontinued GST Deep One instrument, the instrument also features a built-in mechanical depth meter: a complication that you will rarely find while searching for a luxury diver.