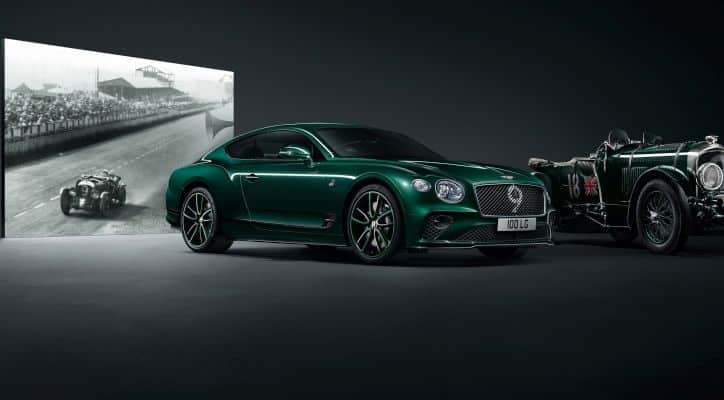 Well, not "finally" because this new limited edition is based on the last year's Premier B01 Chronograph 42 Bentley British Racing Green. The correct title would sound like "That's Why This New Breitling Premier Bentley Centenary Limited Edition Chronograph is One More Chance to Get Yourself a Bentley Watch You Can Wear," yet it would be too long (and too clickbaity,) so, please, forgive me this attempt at sensationalism. Earlier this month, Jaquet Droz has presented its piece unique: the Museum Pocket Watch. It was literally built around a time-worn 18th-century movement that was lovingly (and also painstakingly) restored to its present glory in JD own workshops. Originally missing certain vital parts, the restored mechanism, as archaic as it is, looks magnificent and stately inside its massive 18-karat red gold body. Panerai has recently its growing range of in-house movements with yet another nice job. Called Caliber P.5000, the new hand-wound engine offers an impressive combination of beautifully laconic decoration with surprisingly efficient design and impressive power reserve. The first timekeeper to be equipped with the new caliber happened to be the new Panerai Luminor Marina 8 Days Oro Rosso (PAM 511) that was presented in New York in July 2013. The new Jaquet Droz Petite Heure Minute Relief Season collection delivers such a high degree of refinement and elegance that one usually expects only from a piece unique hand-made for a special event. Jaquet Droz, however, plans to make whole 176 of them! First revealed in the year 2012 with a sexy jet-black onyx dial, the updated Jaquet Droz Eclipse has been reissued in an even dressier version with its face finished with ivory Grand Feu enamel (which is not only pleasant to look at but is also difficult to manufacture on an industrial scale). Although the beige-colored plate of the J012613200 doesn't do a particularly good job mimicking a night sky, it still makes the watch a perfect choice for those looking for a dressy moon-phase timekeeper. Corum has finally added a chronograph model to its Legend 42 line of compact sporty watches. Called Corum Admiral's Cup Legend 42 Chrono, the new chronograph is equipped with an ETA-based COSC-certified chronometer movement and, as you have probably already guessed, comes in a mid-sized body that measures only 42 millimeters in diameter. The 2012 Breitling Transocean Chronograph Unitime "worldtimer" brings you a still-rare complication that allows you to constantly be aware of current time in any of the 24 main time zones. Although, from the point of view of functionality and exterior design, the new timepiece strongly reminds me of the outstanding Girard-Perregaux WW.TC family of traveler's timekeepers, the movement that powers the new Breitling is completely in-house, being developed, assembled and finished at their own production facilities.

Omega's dressy line of Constellation timekeepers has recently been updated with a super-compact model that now packs their high-grade Omega Co-Axial Calibre 8521 self-winding movement into a diminutive 27 mm rose gold case. Although some may find this particular Constellation ref. 123.55.27.20.57.001 with its loads of gold, gold-colored mother-of-pearl, and a set of huge diamonds as blingy as a wedding gift from Tutankhamun himself, it sure looks great in its own daring way. Do you remember the brilliant Petite Heure Minute Art Deco (Ref. J005013570) that was released earlier this year? Well, the famous Manufacture has recently introduced a number of new members of the family, including the elegant Jaquet Droz Petite Heure Minute Ivory Enamel (Ref. J005003200.) Compared to the aforementioned model that sports a 39 mm case, the new generation is released in a more compact body measuring only 35 millimeters. A nice choice for a lady's watch, that is.